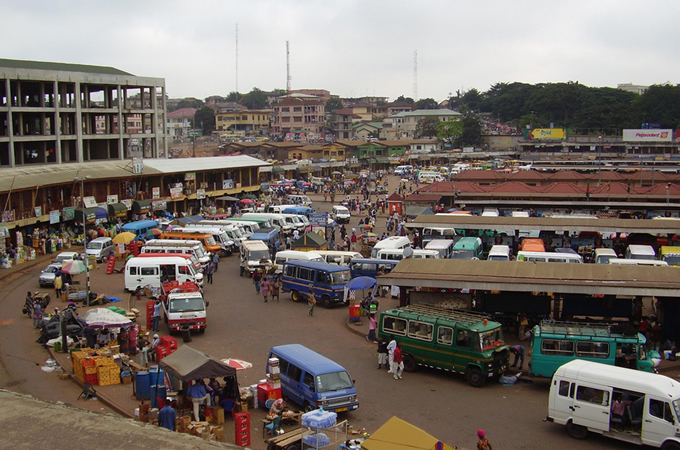 The Regional Minister, Dr. Kwaku Agyemang-Mensah, who announced this in Kumasi last week Wednesday, said Central Government had provided funding for the completion of the project.

Dr. Agyemang-Mensah explained that the project was captured in the 2012 Budget, and that the government, through the Ministry of Finance and Economic Planning, had managed to pay the outstanding debts of the contractors.

According to him, a lot more projects which seem abandoned would come on stream for completion this year.

He said RCC had met with the contractors who nearly abandoned the project, and other stakeholders to ensure the continuation of the project as soon as possible, to increase retail space in the metropolis.

The project, which is a Jubilee Project, is being undertaken by the Regional Co-ordinating Council in conjunction with the Kumasi Metropolitan Assembly (KMA) to increase retail space in the metropolis.

Tenders for the project were open in September 2008, and eight contractors were engaged and paid a total of GH¢1,014,558.02 as at November 2008, as 20 percent mobilisation fee of the contract sum.

Work was expected to be completed in eight months, but it stalled until actual construction works of the four phase project commenced in July 2009, after about 1,900 traders and 20 transport operators had been displaced.

The first phase of the project, which includes the construction of washrooms, cold store, bulk breaking point, food court, fire and police posts on the ground floor, was expected to be completed by March 2010.

But, it could not be completed by the rescheduled time for lack of funds, bringing the project, another quality and first class landmark, estimated to cost GH¢15,001,023.41 then, to a standstill at a time 50% of the work had been executed.

Mr. Kusi Appiah, Ashanti Regional Co-ordinating Director, told the Ashanti File that officials of the RCC and KMA would visit the site this week to prepare the grounds for the take off the project.

He appealed to squatters at the project site to relocate to enable the contractors resume reconstruction work as soon as possible.

It is to serve traders, as well as the traveling public of the various lorry stations in the vicinity.

The project was constructed under a Build, Operate and Transfer (BOT) agreement with the Kumasi Metropolitan Assembly (KMA), by the Acheamfour Waste Management and Sanitation Company.

The facility, the first of its kind in the Kumasi Metropolis, has an internet cafÃ©, a boutique, and a number of shops.

Dr. Kwabena Baah Acheamfour, Managing Director of the Acheamfour Group of Companies, has indicated that given the chance, his company would construct more of the facility across the metropolis to ensure healthy environments, as well as beautify the city.

Next StoryGHANA BEGINS CONSTRUCTION OF $10 BILLION IT “CITY” PROJECT