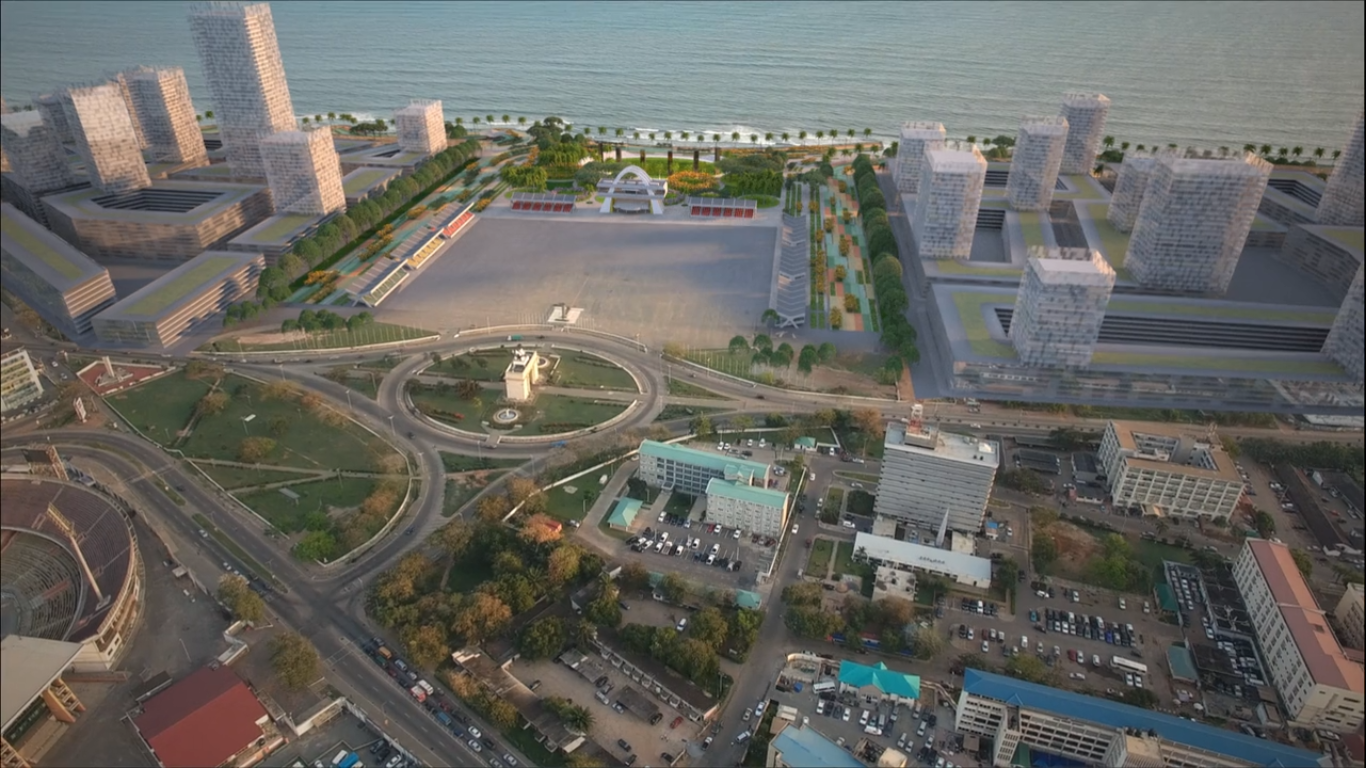 President Akufo-Addo says in line with the Ministry of Tourism, Arts and Culture’s target of generating jobs, especially for the youth and unemployed, the Marine Drive Tourism Investment Project, from construction to the operational stage, is expected to employ some 150,000 people.
Expressing his appreciation to all who have in diverse ways helped to ensure that the Marine Drive Tourism Enclave becomes a reality, the President said he was expectant that the project will be completed on time.
“I am confident that all of us, gathered here, will be present again here, very soon, for the commissioning of this project”, he said
President Akufo-Addo made this known on Friday when he cut the sod for the construction of the Marine Drive Investment Project.
The project, situated on a total of 248 acres of land, is a Public-Private Partnership, expected to boost local tourism and create jobs, especially to those within the catchment area, and increase economic growth.

“Today, we begin the realization of this pledge, with the construction of the Marine Drive Tourism Investment Project. We are all aware how countries all over the world, particularly our neighbours in West Africa, have made good use of their beach fronts, and as a result, rake in considerable revenues for the development of their communities and countries. We intend to go down that path,” the President said.

With the conception of this project dating back to the time of independence, President Akufo-Addo stated that, “I am happy that in spite of the many unsuccessful efforts made in the past to undertake this project, today, we are beginning this project.”

He continued that, “It is noteworthy, also, that the required consultations have been done prior to this ceremony. I am happy to hear that the Chiefs have given their full support to the project, and that their concerns have been addressed.”

“In ensuring that was not the case in this project, the architects and planners have ensured that the interests of the public have been factored into the design. They have put in place a network of well-connected, multi-use public spaces, that fit with the surrounding communities,” he noted.

The President continued that, “The architects, Messrs David Adjaye, and Associates, featuring the renowned, world-acclaimed Ghanaian architect, Sir David Adjaye, have also included in this project, a Theme Park, in honour of the founding fathers of our nation, the legendary ‘Big Six’.”
This Park, the President explained, “will be a monument that will celebrate their contribution towards the liberation of our country from colonialism and foreign domination.”